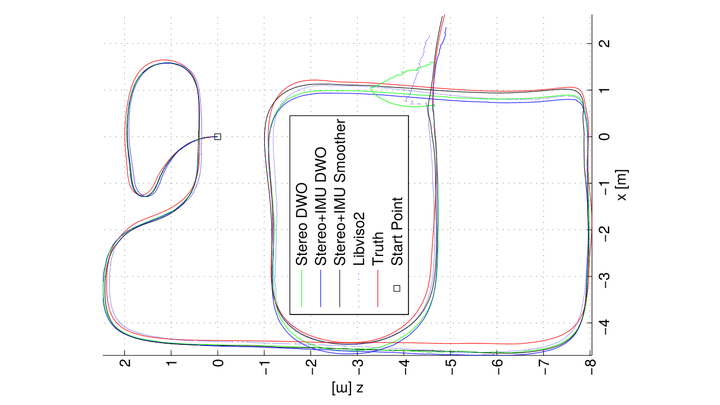 Fuse stereo camera frames and inertial data with a double window optimization. Loop closure and map reuse is inherent thanks to the ORB-SLAM framework based on which the method was implemented. The term double window, coined by Hauke Strasdat, refers to two groups of factors in one optimization step. One spatial group consists of only factors of keyframes and landmarks, i.e., landmark observations, while the other temporal group consists of not only landmark observations but also factors formed by inertial data.

Tests on the Tsukuba Stereo and KITTI datasets verified that our approach achieved higher accuracy than the sliding window smoother, and an incremental stereo camera odometry.

My research interests include sensor calibration and fusion, area learning, and robot localization and navigation.